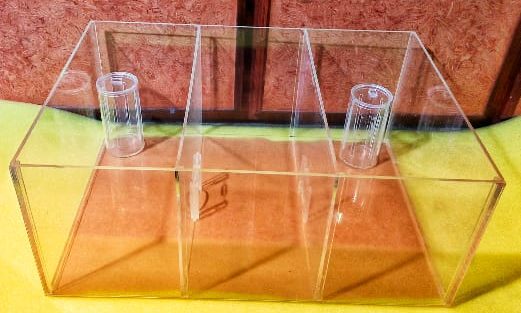 The sociability cage is designed to test the social behavior or social memory of one individual towards others.Typically, it is a three-chambered cage in which the middle chamber can be used as a neutral starting point.The apparatus also includes two removable clear acrylic sliding doors to prevent access to the side chambers, and two small acrylic cages for the introduction of the unfamiliar (stranger) mice. A small space between the chambers allows you to slip a piece of paper inside in order to prevent visual contact between the three chambers.

The apparatus is a polycarbonate rectangle (35 x 20 x 25 cm) that is divided into three chambers using removable partitions. Each of these dividers (20 x 22 cm) has a sliding door of about 4 x 4 cm to allow free movement of the animal in the chambers. The central chamber serves as the start area while the lateral chambers are used to hold a stimulus. Live stimulus is usually placed in an acrylic cage of height 15 cm having a diameter of 7 cm. These cages allow interactions between the subject and stimulus and help limit aggressive interactions.

The Three-Chamber Sociability apparatus is a novel apparatus developed for studying social deficits as seen in neuropsychiatric disorders and neurodevelopment disorders.The acrylic cage used to hold the live stimulus allows for sensory interactions while limiting aggressive behaviors.The Three-Chamber Sociability test can be coupled with other tests such as Partition tests, Resident-Intruder tests, Reciprocal Interactions test, etc. to understand the social behavior of the test subject further. 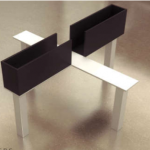 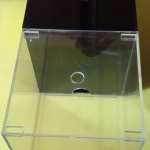 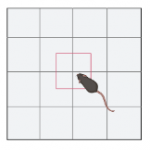 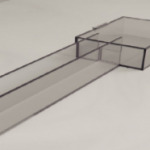